What Katniss, Martin, Nachshon, and Ferguson Have to Teach Our Children

In the past year, the city of Ferguson, Missouri has become a center of unrest and a symbol of the challenges our society still faces. For some people, the issues of race are matters of passing interest.  The death of Michael Brown in August 2014, triggered strong emotions for the black citizens of Ferguson who felt they have been unfairly treated by the police and a broken system for years; they took to the streets seeking justice. 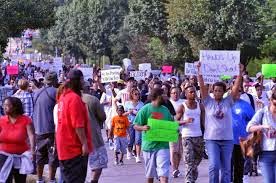 As a result, there have been demonstrations throughout the nation in attempt to place a spotlight on incidents of excess force being used on black citizens in Missouri and elsewhere. In Ferguson some of the protests have led to violence and looting. For many, this creates unsettled feelings.  It is disturbing to hear of racial inequality; but the violence seems excessive and disruptive for our society norms.

Fifty years ago, our country erupted in a rebellion against the injustice of our system and the disenfranchising of blacks, women, labor workers, and gays.  It spilled over to demonstrations against the Vietnam War as people refused to support US military actions. College campuses were taken over by student groups; riots erupted in the streets; and mass rallies were organized to influence change.  It was a time of activism; a time when complacency was replaced with engagement.  But the age of unrest has long passed.

How different is this than the world we now live in where we shake our heads in compassion, commiserate for a moment, and then go on with our own lives?  If it doesn't directly impact us, we tend to look the other way.  We might send a letter of protest or sign a petition but that is different than shouting in the streets and shaking up the status quo. 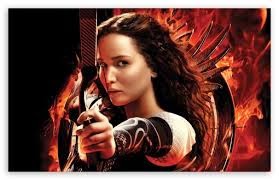 If this reality can’t be extracted from the front page headlines, look at the recurrent themes of today’s young adult literature, In the dystopian novel, The Hunger Games, Katniss Everdeen struggles to survive in a fictional world that, in reality, mirrors the one in which we live. 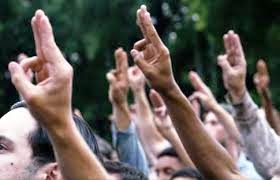 After the rebellion against the capital is put down, the government goes about segmenting the society by pitting the interests of each district against one another.  The people of the districts accept their lot, sacrificing their young people, with no hope that things will ever change.  It takes the defiant act of Katniss in protecting a fellow combatant and being willing to sacrifice her life to draw people out of their complacency and to realize that nothing will change if you allow things to happen or expect others to act on your behalf. Her desire to retreat from the problems of her world is replaced with an understanding that she has to engage if anything is going to change.

I am not advocating the radicalization of our society but I fear that we are now raising children who are either indifferent to injustice or lack the moral imperative to actively engage in change that doesn't conveniently fit into their daily calendar. To effect change, you must be willing to take a stand. If we want our children to be global citizens they must be taught to become aware of the world around them and their responsibility to repair it. 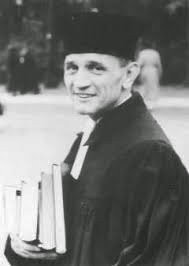 The people of Ferguson have had enough and are continuing to raise their voices and take to the streets. In March 2015, the U.S. Justice Department announced that they had determined that the Ferguson Police Department had engaged in misconduct against the citizenry of Ferguson, by discriminating against African-Americans and applying racial stereotypes, in a "pattern or practice of unlawful conduct". It validated their acts of protest.  Power to the people.

Martin Niemöller (1892–1984) a prominent Protestant pastor who emerged as an outspoken critic of Hitler and spent seven years in concentration camps as a result is best remembered for this memorable statement:

First they came for the Socialists, and I did not speak out because I was not a Socialist.

And now it is happening all over again. People are growing complacent and retreating into their segmented worlds hoping to avoid or ignore the injustices and unfairness happening to others.  At what point do you stand up and say enough is enough? 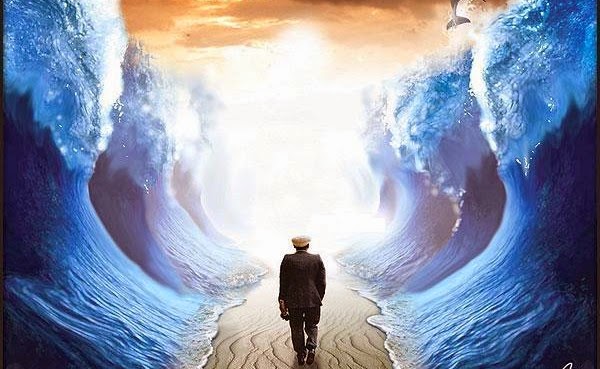 That is why we must share with our children why we can’t live in our own little silos or districts or neighborhoods and be grateful when it’s not happening to us.

When the people of Israel were pinned up against the Red Sea facing impending doom, Moses extended his staff across the waters as commanded.  According to legend, nothing happened until one brave soul by the name of Nachshon took a personal risk and tredded into the rising sea. Only then did the waters split based on Nachshon’s willingness to make a statement on behalf of himself and the entire community.

At this season when we celebrate freedom from oppression, may we bless our children to be more like Nachshon, Katniss, Martin, and the brave people of Ferguson.
Posted by Stan Beiner at 5:21 AM

Stan Beiner
Stan J. Beiner is a passionate and experienced educator. He currently serves as a consultant to non-profit organizations and schools. After receiving his degree in Elementary Education from the University of Florida (Go Gators), he attended the University of Judaism, where he earned an M.A. in Teaching and an M.A. in Education. During the course of his career, he has been engaged in almost every aspect of education, including head of school, community education agency director, youth community consultant; camp administrator, and teacher. Stan is the author of three books and has contributed articles to national publications.